The last thing I expected to hear in Chamois was my real name. They’d been calling me Aria ever since the day I first woke up there; so hearing Arnell utter my real name in such a way as he had pulled me toward the elevator was enough to stir me from my sleep, as he had commanded.

I groaned, rolling onto my back as I pondered. How could he have known my name? I mean, sure, it was my dream, perhaps I had let him know sub-consciously? Like it was a reminder to get up and ready for my first day of school? I glanced over at the window and sighed. No. It wasn’t going to be dawn for a while, so that wouldn’t have been it. I wondered if I’d wake up at the same place the next time I slept, or if I’d be somewhere else. It was a curious thought, kidnapped in my own dream. My mind would have to finally create the stronghold of the mutant dissenters, that would be interesting to see.

“Bad dreams?” Blaue’s voice slipped through the silence that was only broken by my breathing and the chirping of birds in the early morning.

“Yeah.” I responded, barely breathing the word as I sat up to peek out the window. He was sitting on the balcony that connected our rooms, staring out at the lakes that cut through town. The fog was settling in rather nicely already this morning, I had a feeling it would be yet another of the many rainy days I had witnessed in the last weeks since moving in.

“Want to talk about it?”

END_OF_DOCUMENT_TOKEN_TO_BE_REPLACED

Ever since I can remember I’ve had the same dream; well, i’ve had a dream that has continued consistently. My eyes close, I drift away – and I wake up on Chamois.
It’s different here, in this dream world – the colors are different, the sky and stars are unfamiliar, and the people! Back home everyone is so different, people are original entities, bright hues, dark hues…Here, they are almost all the same. Dark hair, deep eyes. They’re almost clones of one another.

END_OF_DOCUMENT_TOKEN_TO_BE_REPLACED

Family. Even saying it to myself the word sounds strange, foreign. We never knew the rest of our family. After Mom died Dad kind of just took us away from everyone else, he told us when we were old enough to understand that he had wanted a fresh start, and that Mom’s family never really would have understood us anyway.

So that explained the apprehension I felt as I walked toward the house that Blaue had taken Leif and I to. Leif had been more wary about it – only deciding to come with me to make sure that the guy wasn’t leading me to axe murderers or anything. He said I was too trusting, too hopeful to find a family that didn’t want me. He believed Dad’s words, which was understandable, he’d always gotten along more with Dad. I just wanted to find a place where I could have family events like the ones on TV…Even though they were damn near impossible to have anyway.

“Looks like Gramps is here already…” Blaue mused, walking ahead of us up the path. “I suppose this will be a real big event then, meeting your Mom’s father.” 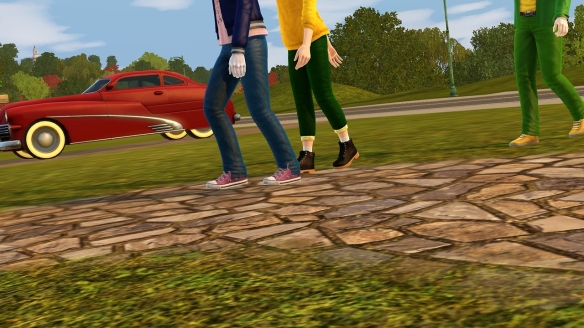 END_OF_DOCUMENT_TOKEN_TO_BE_REPLACED

Stuck in this eternal in between that only I seem to be aware of.

I’m like a ghost of my former self – I watch my children grow up the same as any parent would, but I do not feel as I should. I do not feel the emotional claim to them that is natural in a parent. I look at them, and all I see is her. 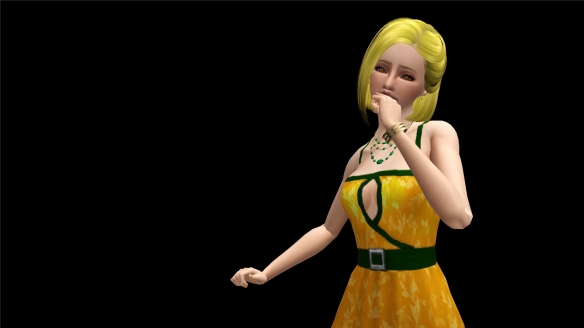 END_OF_DOCUMENT_TOKEN_TO_BE_REPLACED

The only good thing about moving to a new town is when we arrive in the middle of the week. Dad would enroll Leif and I at the school and say that due to appointments for health and such we couldn’t start to the next week. This was all a lie, of course, he was one of the best liars I knew, and that was kind of disappointing to admit.

But, because of those extra few days off it meant that Lief and I could explore the town and have some fun before we got stuck in to bettering our education. It had obviously done well for my brother because he was doing his whole advanced placement thing.

I couldn’t blame him, though. It must have felt good to be able to say that he’d go to uni and stay there, he wouldn’t move away with us when it inevitably happened again. But at least I’d be able to spend time with him when he came to see me. Until Dad came back and it was time to board the SS. Midlife Crisis.

So, as the motel room began to slowly drive me stir crazy with its peeling blue wallpaper and the sounds of the regulars of the downstairs pub, I decided to go out into town, to have a walk, to discover Twizzlerbrook for myself

END_OF_DOCUMENT_TOKEN_TO_BE_REPLACED

“I really wish this summer could have lasted forever…” I hear him talking to her down on the dock and I roll my eyes. Really, I shouldn’t expect any better; how many times had I heard him utter that line over the years? How many times had it changed to week, or night, or something along the lines of ‘I will always remember you.’

“I will always remember you.” Oh, there it was. He didn’t usually use both lines in his goodbye speech, she must have let him into her pants. I allow myself a chuckle as I get out of my seat, moving to the window just in time to see my twin locking lips with the girl on the dock with him.

END_OF_DOCUMENT_TOKEN_TO_BE_REPLACED

o3. The inhabitants of chamois

——-a. the original method

END_OF_DOCUMENT_TOKEN_TO_BE_REPLACED

A.N; This chapter is done entirely with pictures, just because I felt it would be better and not break from the story quite as much.

Besides, a picture tells a thousand words and there are lots of pictures here, haha!

END_OF_DOCUMENT_TOKEN_TO_BE_REPLACED

Time passed faster in the Zephyr world then in the Berry world, they said, but five years in a cell and you felt every single minute weigh down on you while you’re forced to think about what got you stuck in there.

END_OF_DOCUMENT_TOKEN_TO_BE_REPLACED

Idiots do it their way

i like blogging but i still want a pet meerkat.

10 generations of the Parfait family

The Frosting on the Cake

Until My Color Fades Away

Where my imagination runs wild...

Until Death do us Part

A The sims 3 Story

Without you, today's emotions would be the scurf of yesterday's ~Hipolito